I've been clearing my mother's house; those of you who follow me on Instagram might have seen my hashtag #thestruckmatch and marvelled at my ability to be entirely self-referential.

Grieving is an odd animal. When it began - which really, was before my mother died - I was convinced that I would lovingly document everything I gave to the charity shop/ shoved in the bin/ nicked and took to my house in a beautiful new blog.

Turns out I didn't. Turns out I got all practical and goal-orientated, which is not like me at all. So I share this post, the first and only post on what was to be my house clearing blog (and with hindsight what a mesmorising read that wouldn't have been). 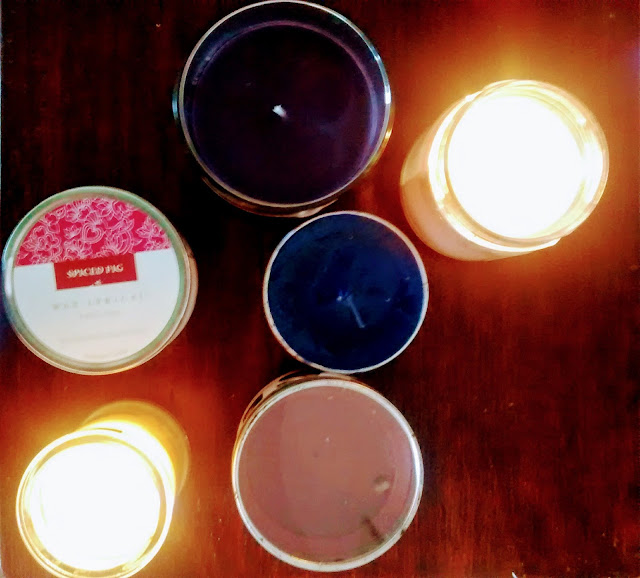 I was an only child. An only child of a mother who liked to keep things, who liked the history of objects, who didn't like waste, who was brought up in the original Make Do and Mend era, when you had to, when it wasn't pretty. She threw few things away.

Sometime back in the early 2000s I went out for dinner with my friend D in London. She was in a similar position, except that she had just lost her grandmother, and her mother was making no attempt to get rid of anything from that previous generation. We were both, we realised, going to inherit years and years of accumulated clutter, and have to deal with it alone, with no siblings to say, yes, get rid, for heaven's sake. Just us. With the houses full of junk, and the grief, and the guilt.

We made a pact. (We had been drinking). When the time came, we would call on each other to release us from our plight, and we would give the poor, bereaved, be-cluttered person permission to put a match to the whole lot.

I texted her the other day and told her to ready the matches.

There's an irony here, though, for as I made a start on looking in cupboards and drawers, I found that my mother had been hoarding scented candles. She didn't like them. But if people gave them, as a present, she wouldn't give them away. What if you needed them? So she stowed them in the cupboard under the telephone, or in a drawer full of thread and old spectacles (again! old spectacles! why?).

A house smells different when it's empty. It smells still, and unfamiliar, and discomforting. Or maybe that's just me, noting how it doesn't really smell like it did when my mother was truly living - not surviving - but living in it. I thought I would light the scented candles during the times I was here - I like them, even if my mother didn't.

So I started the process by looking for matches. "Where are the matches, mother?" I asked the empty house, and I found them, damp and unused (because she had nothing to light) in a drawer.

And I struck one.