Psst! Anybody there? I'm not even sure that this still works. I don't know why I'm whispering - the Lattes have been back at school for, oooh, 3 minutes - but I'm still paranoid that they can hear me: the tap of the keys, the little Windows start-up tune - and in a split second they'll be behind me. Even now.

"Are you on your phone? Mum, she's on her phone! Mum, you're on YOUR phone! That's a screen! You said no more screeeeeeens!"

Guilty as charged. Staring into my phone, in the kitchen, just trying to interact with another human being.  Because it's been half term, and with Mr Coffee conspicuous by his work-related absence, there's been eight days straight of mother-and-daughters time. Don't ask me how many times they brushed their teeth. Don't ask me if they had a healthy breakfast. Don't ask me if they hit one another with sticks in a craft gallery. Just congratulate me for keeping them alive, and pour me another glass of wine.

I'm not saying it hasn't been fun.  There's been claymation.

There have been little bike rides, racing up and down a nearby street in one-minute races. There have been board games, of varying emotional pitch, dependant on whether or not Littlest wins. Littlest does not take losing well. If a game of Junior Monopoly ends badly, with Littlest owning no ticket booths on the circus attractions, Littlest responds by angrily setting up an actual ticket booth on the staircase, and charging people to get past to use the loo. Sometimes during the actual game.

There have been fights.

There has been cinema.

There has been frantic Wii-playing, with lots of shouting. "Go there! GO THERE! NOOOOOOO!" There's been reading - we got to the end of the utterly wonderful Wilma Tenderfoot and the Case of the Frozen Hearts, and even made the recipe for Corn Crumbles at the end of it. (I love a book with a recipe at the end of it.) 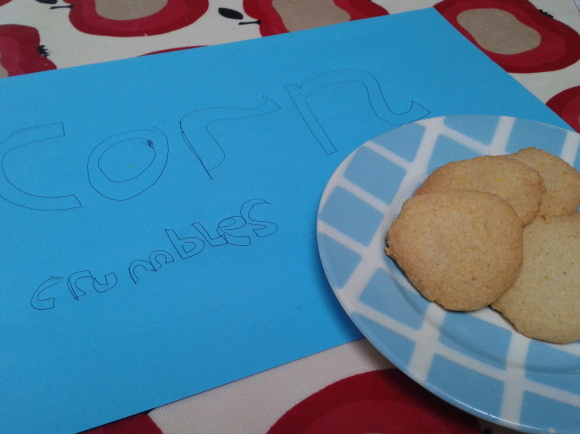 If there's one thing I'm proud of as a parent, it's reading aloud. I love reading with my children, tearing through books at bedtime. Wilma Tenderfoot is a ten-year-old would-be detective - we pretended to be her on a walk, poking through the undergrowth. The Lattes took the camera, to photograph their clues.


There was a sleepover. There was nail varnish. We finally found out the purpose of the strange set of tools Eldest had received last birthday - for creating coloured spots on fingernails. We were all treated to coloured varnish spots.

There has been the utter life-saving wonder of Direct Payments, allowing Littlest the chance to run around a play area whilst Eldest did physiotherapy and a film with her lovely Personal Assistant. There has been maths tuition. The beginnings of silk painting.

And after bed, there has been me, practicing the A minor scale on my mandolin, or paper piecing in front of bad television with numerous glasses wine. Very probably staying up far too late.

Today, the house is quiet and it should be a relief, to not be on call all the time. I've drunk two cups of coffee already and didn't once have to warm them up in the microwave. But I miss them. I want to finish the silk painting. I wouldn't even mind so much breaking up a fight.